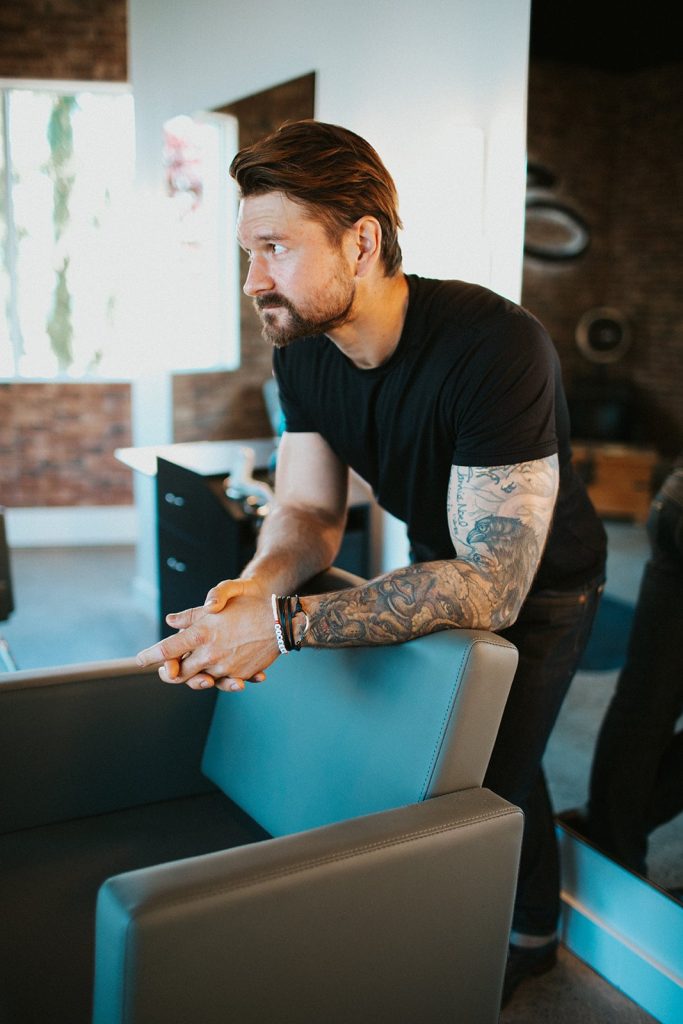 Hailing from Seattle, Washington, Matt Fugate relocated to New York City in 2008, after being recruited by the legendary Sally Hershberger to be her protégé. There, he honed his skills under some of the industry’s most prestigious stylists, including Sally Hershberger, Orlando Pita, Serge Normant and Vivienne Mackinder. He quickly became one of New York City’s most sought-out hairstylists, known within the industry for his precision in master razor cuts and gravity defying blowouts, earning ‘Best of the Best in New York City’ honors in both.

Matt has been a spokesperson for industry leading brands like Kérastase, Dove, Pantene, Chi, and Dyson. Throughout his career, Matt has been featured in the pages of Allure, The New York Times, Cosmopolitan, InStyle, Teen Vogue, to name a few. His work has also graced the covers of Vogue, Marie Claire, Elle, L’Officiel and Harper’s Bazaar. Matt’s passion for education has lead him to on-stage and on-camera education for brands including Kérastase and Dove, and more recently as a lead-educator for the Serge Normant product line. Matt has also worked for top designers including DVF, Prabal Gurung, Naeem Khan, and Carolina Herrera, during New York Fashion Week.

After 10 years in New York City, Matt decided to return to the West Coast, this time to build roots between Los Angeles, where he focuses on his celebrity clients and editorial work, and in Washington, where he works with some of his favorite clients, in the salon.

"My stylist, Kacie, is awesome. Every time I leave after an appointment I look wonderful. Everyone there is friendly. The salon is well kept. A nice, relaxing place to go."

"Alyssa is the best! I always ask her what she thinks would look good to do next on my hair in every single time she does a great job! I highly recommend her."